Why absence of proof that fracking has Harmed is not proof of absence of Harm: 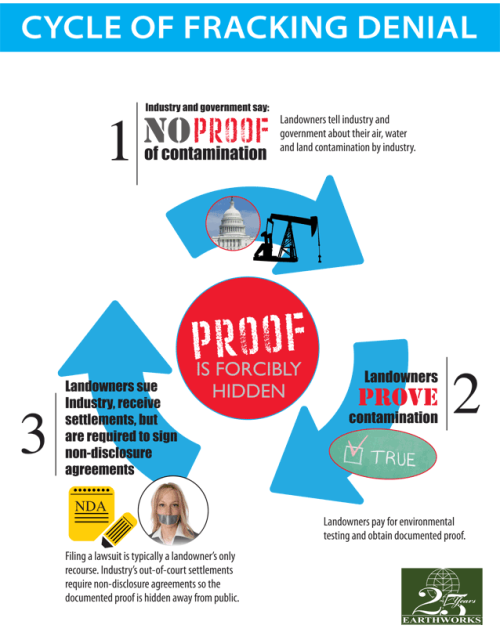 How the Fracking Industy and governments are able to report: "There is no proof that fracking has harmed anyone's air, water, land, killed their animals, caused human illness or death...":

1. Landowners tell the Fracking Industry and Government about their air, water, and land contamination caused by  Fracking.

Industry and Government say - "NO PROOF"  of contamination from Fracking.

3. Landowners sue the frackers,  receive out-of-court settlements, BUT ARE REQUIRED TO SIGN NON-DISCLOSURE AGREEMENTS so the DOCUMENTED PROOF IS HIDDEN AWAY FROM THE PUBLIC.
Powered by